How much does it cost to hire a surrogate mother?

All respected surrogacy agencies and fertility clinics are transparent when it comes to answering the question about the surrogate mother cost. Because it’s reasonable to fairly praise gestational carriers for their dedication to a new life creation for those IPs, who are struggling on their own. So let’s dig deeper into the matter of the average cost of a surrogate mother in different surrogacy destinations. 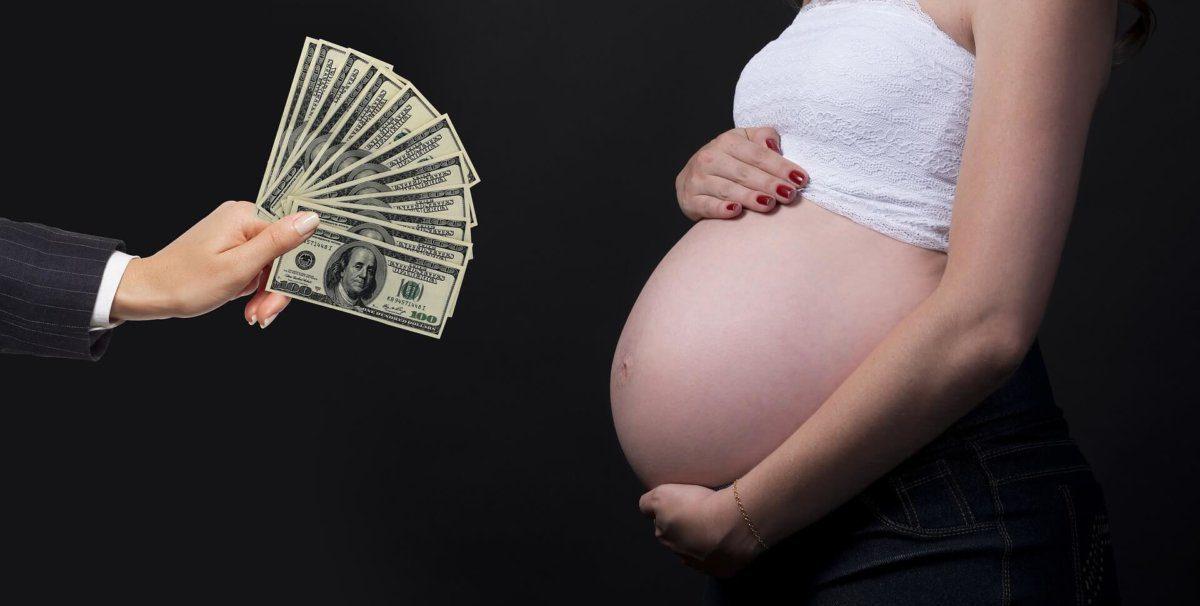 Average cost of a surrogate mother

Of course, different countries and reproductive agencies have their own pricing policy in terms of surrogate mother compensation. Still, it’s possible to outline the average cost of a surrogate mother and compare it within the scope of certain prominent surrogacy destinations.

For instance, if we talk about America and its particular state (let’s say California), the cost of a surrogate mother differs in relation to the level of experience of a gestational carrier. If the female acts as a surrogate for the first time, the cost of her service will be lower ― $55,000 on average. In contrast, if you as an intended parent would like to be matched with an experienced surrogate mother, the cost will be higher ― $65,000 on average.

The United States is seen as one of the most expensive surrogacy hubs but it also means that the surrogate mother receives the highest base payment for her service. All other European countries have a gradually cheaper cost for a surrogate mother and sometimes the pricing is twice less than in America.

Among various variants of pursuing the surrogacy journey, some intended parents make a decision to find a surrogate mother on their own and only then refer to a fertility center. Such kind of surrogacy is called private or independent surrogacy.

It seems like the process of finding a surrogate mother on your own is an arduous task to do, but the whole surrogacy process will save you expenses in such a case. Because a great range of agencies offers intended parents who’ve already hired a surrogate mother a reduced payment scheme.

But once again, there is no universal attitude to a private surrogate mother from the clinic’s point of view. There are occasions when intended parents use as a surrogate their close friend, but the cost is pretty much the same as if they opted for a gestational carrier from the fertility clinic database. So it’s purely your choice which surrogacy path to follow in your particular situation.

Low-cost surrogate mother: is it a reasonable option?

There are a lot of stereotypes circulating that a cheap surrogacy journey = an impossible and dangerous story. Yes, it can be depressing if you do not distinguish different legal attitudes toward surrogacy in different countries and eventually end up in the net of fraudsters. However, these fears can be easily eliminated if you refer to a reputable surrogacy agency even in a country with a cheap surrogate cost.

Worth mentioning is the fact that the question “How much does a surrogate mother cost?” correlates with living standards in a chosen country. That’s why the cost of a surrogate mother in Georgia and Ukraine is lower than in the USA and is between $10,000 to $18,000. Because living expenses in America require much more financial potential than in Eastern Europe. A low-cost surrogate mother can also be found in Mexico for $13,000 — $15,000. Low compensation is combined with LGBT surrogacy-friendly laws and the overall legal security of the surrogacy process.

It’s quite overwhelming to wrap your head around different payment structures and decide which variant is the most applicable to your particular situation. That’s where World Center of Baby comes in place. Not only our team is eager to guide you through all financial challenges, but also we guarantee the successful ending to your surrogacy journey. Please visit our website, complete the form and contribute to your efficient family planning.

LinkedIn
This could also be interesting for you
What type of surrogacy to choose: traditional or gestational?
Today many childless couples choose surrogacy as an opportunity to grow their family. It...
The 6 Steps in Surrogacy Process
Surrogacy allows individuals and couples who could otherwise not have children to become parents....
How Soon After IVF Implantation Can I Test: How Long Will You Have To Wait?
We are constantly asked "how many days after IVF transfer can you test"? And...
Back to blog
Contact information