Receiving a child is often a long-term desire for numerous LGBT couples and individuals throughout their whole life. The good news is that this dream can be realized thanks to surrogacy services.Honoring this year’s LGBT Pride Month, World Center of Baby prepared three stories about gay celebrities who became happy fathers to more than one kid via surrogacy. We hope that this evidence of the successful achievement of the parenting dream through surrogacy may inspire you to launch your own surrogacy journey too.

In this blog post you will get to know:

Ricky Martin and His 4 Beautiful Children

Ricky Martin is a famous Puerto Rican singer and songwriter, who was considered the King of Latin Pop back in the late 90s. But what’s more captivating is his incredible journey from being a single gay dad to 2 little sons in 2008 up until getting married and welcoming 2 more kids into this world via surrogacy. 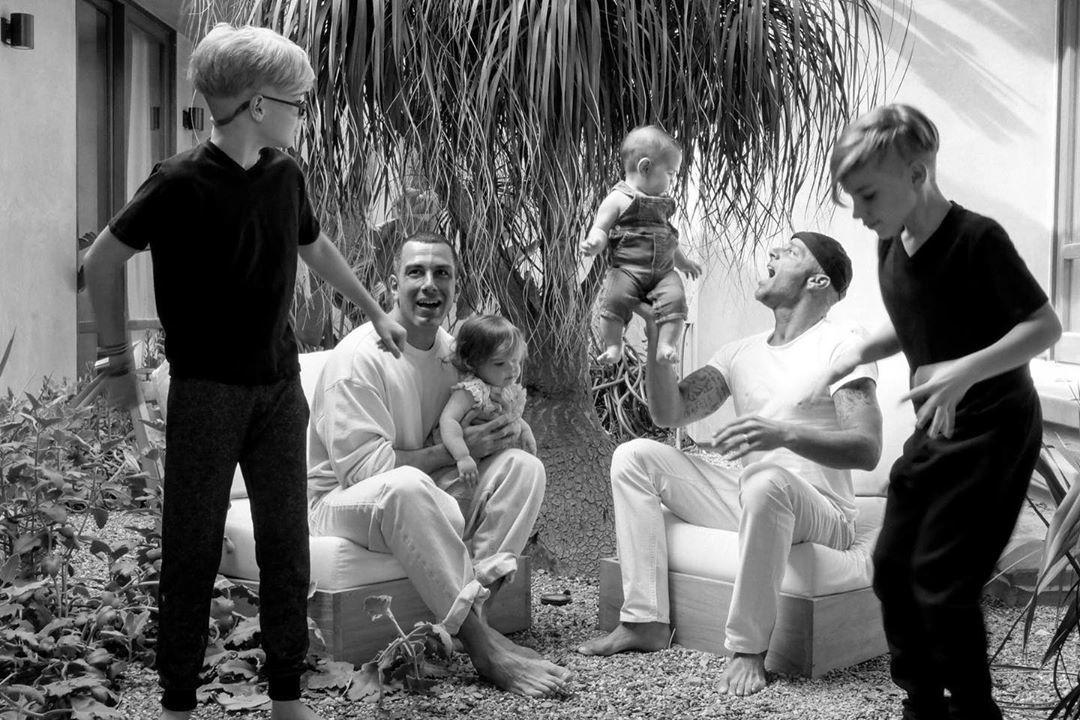 Even though the singer was a well-known man and could gain everything that he wanted, it seems that Ricky lacked the cozy and lovely atmosphere that only family could bring. Pursuing his inner impulse, Mr. Martin launched his first surrogacy journey in 2008 and became a proud father of 2 twins: Valentino and Matteo. What’s more interesting, the name “Matteo” means “gift from God” and we cannot agree more on the meaning of childbirth and its truly god-blessing impact on Martin’s life.

As Ricky shared in various interviews, the first year of being a single dad was full of hardships but at the same time, it was one of the most wonderful periods in his life. Worth mentioning is the approach that the singer chose in order to answer his son’s question: “Where did I come from? Was I in your belly?”. Ricky’s answer is indeed fascinating and full of wisdom: “You were in my heart and you are still in my heart. There was a woman that I adore with all my heart that helped me bring you into this world. She lent me her belly so that you could come and when you were born she put you in my arms.” (the excerpt from Ricky’s radio interview with Luisa Fernanda on the “Enrique Santos Show”)

Later on, the man finally met his destiny and it was Syrian-Swedish artist Jwan Yosef. In 2017, both men felt that they should officially become a family. The marriage brought them two more kids ― a daughter Lucia and a son Renn ― both born via surrogacy. Now Ricky’s home is full of love, calmness, and children’s joy, which became possible all thanks to his courage to pursue a surrogacy path.

Ryan Murphy is an American producer and director, best known for creating American Horror Story and his recent work “Ratched” starring Sarah Paulson. This talented man is married to a photographer David Miller for 10 years now. Together they have 3 sons born through surrogacy. 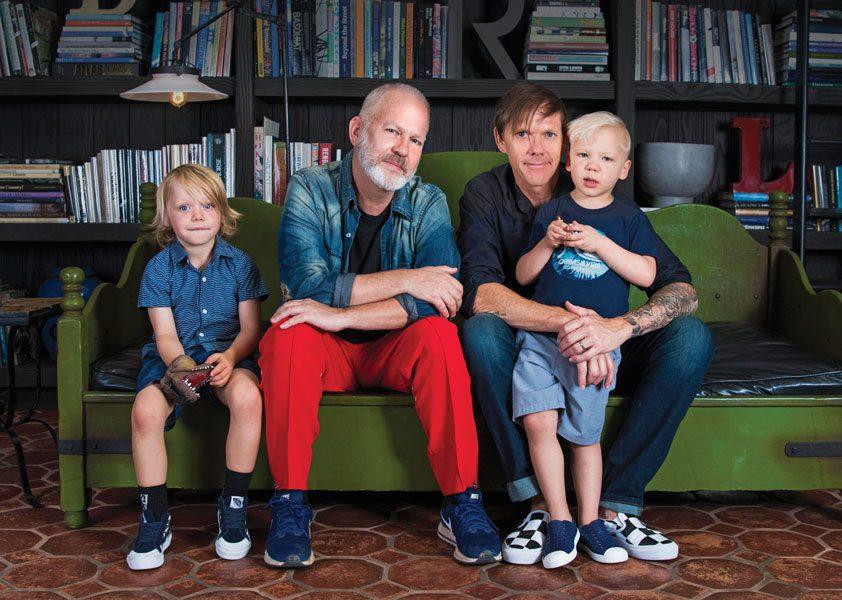 The first son ― Logan ― was born in 2012 via surrogate. He is the oldest son and is much like his dad Ryan in terms of character. The second boy ― Ford ― was born 2 years later in 2014. Alongside happiness from the birth of their second child, Ryan and his husband David were swept by shocking news when Ford was just 2 years old: he was diagnosed with neuroblastoma ― a rare type of cancer. Fortunately, the timely treatment created a miracle: Ford overcame this severe disease and the family established peace and happiness again. The third son ― Griffin ― was born in 2020, also via surrogate.

Although Ryan’s working routine is quite hectic and he’s often busy, the man emphasizes that family is his first priority anyway. To spend time with kids at the end of a bustling weekday it’s a truly healing ritual for Ryan and we at World Center of Baby totally support his mindset.

Perez Hilton and His Life as a Single Gay Dad

Perez Hilton is an American blogger and a versatile media personality. He wrote 4 books, runs 2 YouTube channels, co-hosts a podcast and what’s more ― brings up 3 kids on his own simultaneously. 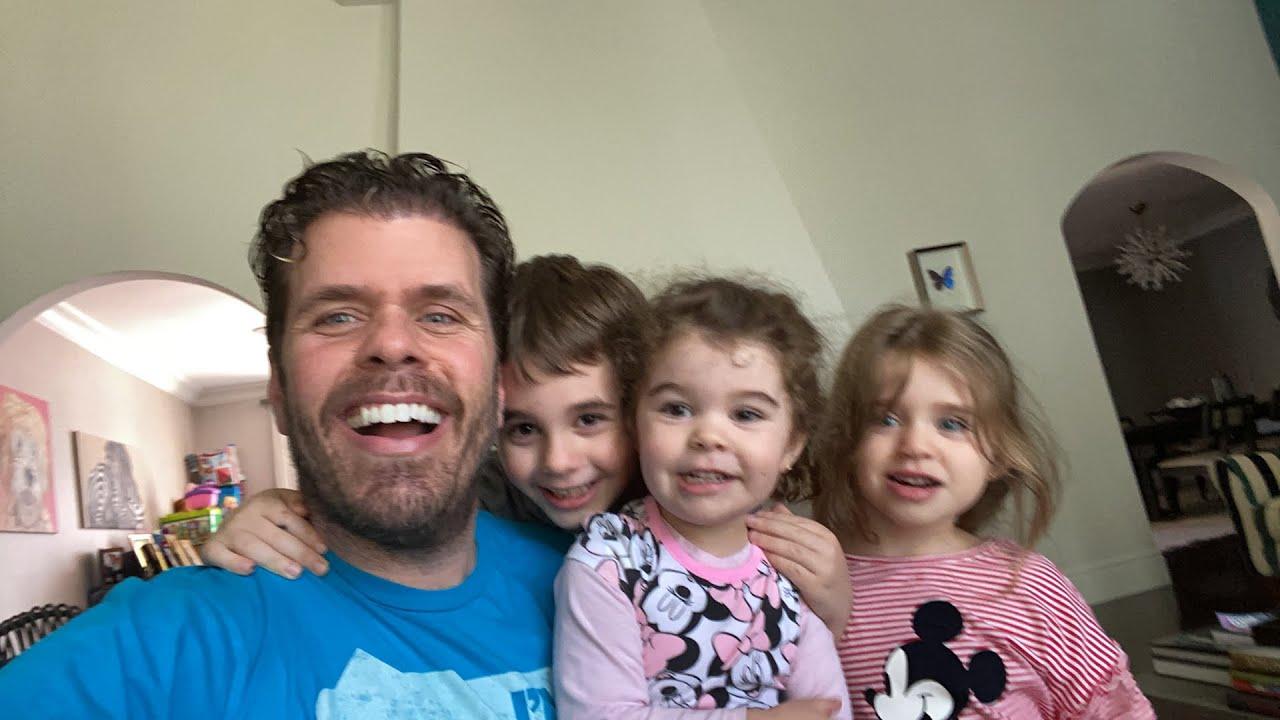 Perez received his first child Mario in 2013 via gestational surrogate. In 2 years, in 2015, the blogger’s family became bigger due to the birth of a second baby ― daughter Mia Alma. And in 2017 Perez became a father for the third time to a beautiful little princess Mayte Amor. All three children are genetically related to Mr. Hilton and were carried by different gestational surrogates. But the egg donor is the same for Mario, Mia Alma, and Mayte Amor.

When trying to answer the question “Why did you decide to become a single gay dad by choice for 3 children?” Perez shares that the wish of creating a family always had a special place in his heart. The man also adds that having kids before getting too old gives him additional support and emotional encouragement to flourish and try new things despite his age.

The WCOB team believes that these 3 stories have left a mind-changing impression on you and highlighted the remarkable role of surrogacy in the lives of LGBT/single parents. Should you launch your unique surrogacy journey with us, please complete the form below and get in touch with our manager for more details.

LinkedIn
This could also be interesting for you
Ask Fertility Expert: Advantages of Artificial Insemination
Dear readers, at World Center of Baby, we are pledged to keep you informed...
LGBTQ Rally in Kyiv, 2021: Demand Equal Rights
Be Safe While Being Yourself: LGBTQ+ Equality Rally in Kyiv, 2021 &mdash; How It...
Conquering the Roller Coaster of LGBT Surrogacy
Family planning through surrogacy is a truly unique journey. However, it seems that not...
Back to blog
Contact information

Let's start your journey towards the family of your dream by filling out the form
This form will help us to understand your personal story better and to prepare an individual program that will fit your needs!